After Mott Mountain closed, it re-opened briefly as Silver Ridge. It was so listed in 2002.

In 2007, Silver Ridge hosted a country and rock music festival attracting several name acts and about 10000 fans. The festival was not a financial success and several of the investors backed out. In 2008, the principle organizer tried again, with new investors, but had financial trouble with his bank and other creditors and had to cancel the show.

The satellite map clearly shows the buildings and slopes, but no tows or lifts are apparent. 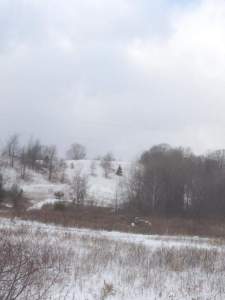